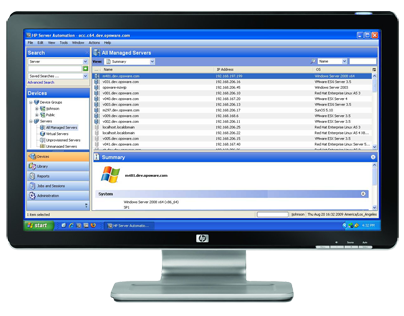 Opsware decided to rebuild their design team from scratch in 2005, and I was the first hire for the new team. The Opsware product had been losing business to its competitor, BladeLogic, and one of the primary causes was the usability of the user interface. I worked with the team to rearchitect an entirely new Java-based rich interface, which competed head-to-head with any of their competitors, and helped to put Opsware back on top in the Enterprise Server Management space. In 2007, Opsware was sold to Hewlett Packard for $1.8B, at which point we grew the design team with two more designers. Together we moved forward with feature development for the newly branded HP Server Automation product to include support for things like virtualization, multi-tier application deployment and configuration, as well as monitoring and reporting.