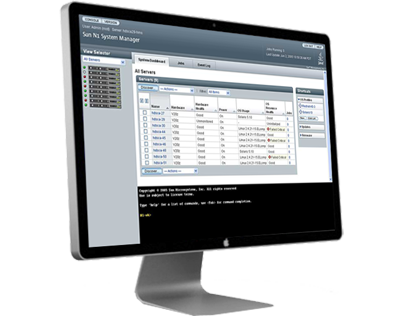 As Sun N1 Provisioning Server was winding down, I transistioned to working on an entirely new project. Andy Bechtolsheim had recently returned to Sun, and they were preparing to release his Opteron-based Galaxy servers to the market. The problem was that there weren't any strong management tools within Sun for managing servers running AMD Opteron processors, so project "Hot Dog" was initiated. I worked as the primary designer on the project from inception through the release of the first version, where I drove the core design while adhering (and often pushing to improve) the company-wide standard UI guidelines.